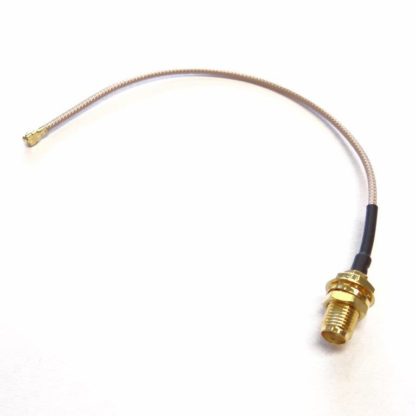 Cable (AC-UFL-SMA14) to change the antenna connection from UFL to SMA. External antennas can boost the network signal to your cellular device. Many external antennas have an SMA connector. Use this cable to convert an UFL connector to SMA.


Our Mobeye devices have an UFL connector on the PCB. The UFL to SMA cable can be used to change an UFL antenna connection to an SMA connection.

NOTE: in a standard Mobeye device, the internal antenna is integrated in the enclosure. For areas with a weak GSM signal we advise to choose one of the antenna kits. In the antenna kit the UFL-SMA cable is already included.

For more information on weak GSM signal, read the FAQ: How to improve the mobile signal strength?